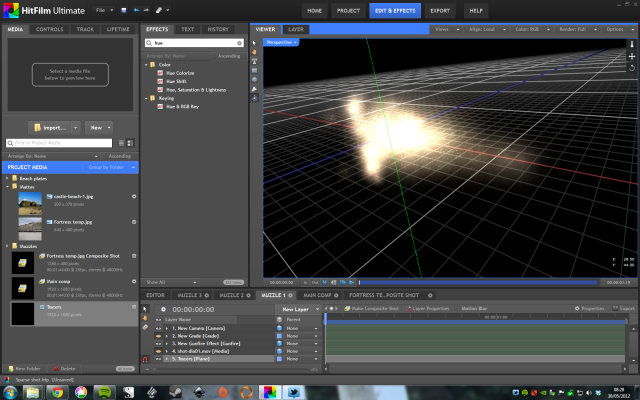 Post-production on Arms Race Escalation is now well underway with multiple strands going at once:

I’m going to focus for a moment on that last piece of the puzzle, mainly because Simon happens to be me.

As part of the web series we need a lot of muzzle flashes and squibs. Technically they’re easy to achieve but you want to make sure they look right, as there’s nothing worse than a poorly composited or animated muzzle flash.

Purists may wonder why we didn’t use ‘proper’ blank-firing weapons to create practical gunfire, especially given we had an entire weekend of pyro at the end of the shoot. There were several reasons for going the CG route:

As we’re using FXhome’s HitFilm for the vast majority of visual effects (other than Mark’s 3D modelling work), generating an infinite supply of muzzle flashes is a cinch using its 3D gunfire effect.

For some of the shots in episode 1 I decided to pre-bake a few muzzle flashes with attached smoke elements. This means that after the brief flash of gunfire, there’s a nice puff of smoke lingering in the air. Particularly for long distance shots this helps to sell the effect, which otherwise can be so fleeting that it is entirely missed – particularly during scenes set on a bright day. I also threw on a bit of zoom blur, which makes the whole thing look a bit more dynamic and binds the multiple layers together. 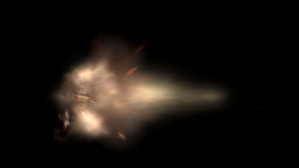 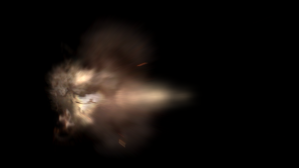 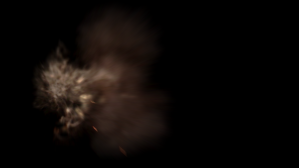 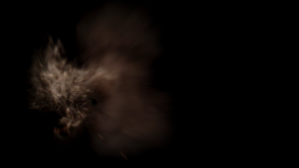 By swapping out different smoke stock, or even using procedural particle smoke, and by simply altering the random seed of the muzzle flash I have access to essentially limitless varieties of muzzle flashes, while retaining a common design focus. In other words, it can look like the gunfire is always coming from the same weapon model, without every muzzle flash looking identical.

This example is for some of the basic rifles. There’s lots more to be designed yet, including a tesla cannon which will be particularly fun.

Arms Race is a steampunk action adventure series set during the Crimean War. Originally a short film, it is now being developed into a web series and comic, both due for release in 2012.

About It’s A Trap!

Arms Race is produced by It's A Trap. We specialise in genre short films, audio dramas and podcasts. Other projects include the Jack Steel series and the forthcoming Ravenskil Chronicles.

Find out more over at itsatrap.co.uk.

The Making of Arms Race

The Making of ...
By SIMON JONES